Dental procedures as we know them may soon be a thing of the past. No more fillings, root canals and years of braces. DentaCell, an innovation and startup accelerator focused on transforming innovation in dentistry, is developing breakthrough technologies that may soon revolutionize oral health treatment.

Based out of Salt Lake City, Utah and Playa Vista, California, the DentaCell Accelerator (www.dentacellaccelerator.com), in conjunction with Leonhardt’s Launchpads (www.leonhardtventures.com), is in the process of shepherding an ever-growing number of startups focused on applying bioelectric and biologic therapies in dentistry.

DentaCell startups, which range from therapeutic to cosmetic, will be supported from ideation through first-in-man studies. Assisted by more than 140 field-specific advisors and dozens of angel investors, the accelerator is taking technology innovations from concept through development, testing, design, prototyping, manufacturing and ultimately through product launch. The collaborative design of the venture will help support and accelerate DentaCell products regardless of its development phase.

The field of orthodontics is of particular interest within the DentaCell accelerator.  Rapid tooth movement and fixation have been key areas of research that have motivated the DentaCell model, leading to the formation of several key technologies. OrthodontiCell is one such technology and is regarded as the closest to launch within the accelerator. 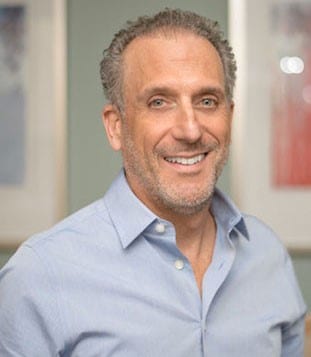 OrthodontiCell uses a custom mouthpiece device to apply bioelectric stimulation to the teeth and gums that increases bone turnover and tooth movement, thereby cutting the time required for wearing braces or aligners by up to two-thirds — from 18 months down to six months. The devise is the first to have technology designed to freeze tooth movement after the straightening process so the patient can eliminate or reduce time wearing retainers.

OrthodontiCell expects to have sufficient clinical data to secure a strategic partnership early next year. As OrthodontiCell completes testing, FDA certification and manufacturing processes, the OrthodontiCell product will help lay the groundwork for other products in the DentaCell pipeline that will require similar testing, FDA approval and prototyping. With every new product, the development lifecycle gets shorter and more efficient.

DentaCell’s primary focus is on bioelectric stimulation technologies applied to a stunning range of potential uses, including those that can move and regenerate bones, teeth and gums in addition to eradicating inflammation throughout the body. To this end, DentaCell employs three labs throughout the U.S. to design, build and test new concepts to properly vet each technology through prototyping, verification and validation approaches by using laboratory and animal models.

“We have six different innovations and startups within the DentaCell accelerator,” says Tom Newman, President of DentaCell Accelerator. “They are all being accelerated step by step towards the goal of first-in-man results and securing a strategic partner for continued development.”

After a concept is presented to the company, a number of dental and business professionals and advisors examine and evaluate the merits of the technology to determine which products will be accepted into the accelerator. “Our litmus test is, ‘What will most benefit mankind?’” Newman says. “Our proprietary intellectual properties are focused on adopting stem cells and then stimulating stem cells for several revolutionary treatments.”

DentaCell products must fall into one of the company’s three categories of healthcare solutions: therapeutic, reconstructive and recovery. 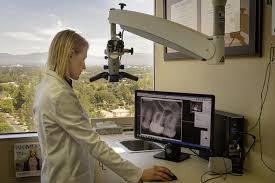 “What’s so incredible is that we’re on the crux of using stem cell technologies and bioelectric stimulation to trigger our bodies’ ability to heal itself,” says Dr. Valerie Kanter, chief medical and scientific officer for DentaCell. “It will speed recovery, reduce pain and inflammation, stimulate collagen turnover and promote bone and gum regeneration. Whatever we need, there is a series of ‘signals.’ We have patented these signals so we can find the right current to gently tell your body what to do.”

Imagine going into the dentist for crowns, fillings or a root canal, but instead of re-growing or restoring the tooth surface instead? “You’ll use your own stem cells to start laying down the tooth structure to start the healing process itself,” Kanter says. “No matter what you need, you can adjust the current down to the accuracy of a decimal point to find every person’s unique frequency. It will be a holistic way to treat almost every type of issue.”

The same signals that are used to reduce inflammation in oral issues can translate into eradicating inflammation in other forms throughout the body such as heart disease and joint repair, Kanter says.

Straight teeth in half the time – or less

One of the first products to launch through from DentaCell Accelerator pipeline is OrthodontiCell. Anyone who has gone through orthodontic treatment knows it takes time, commitment and can be very painful. Strides of past few decades make it far less time consuming and uncomfortable, but a quantum leap in treatment is on horizon with OrthodontiCell.

The concept for OrthodontiCell emerged when Dr. John Marchetto, Co-founder and President, began collaborating with Howard Leonhardt, the driving force behind Leonhardt’s Launchpads. 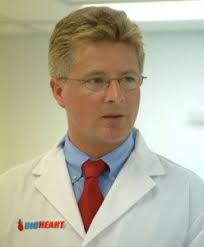 “Howard and I began discussing the work he was doing with stem cells and controlled protein expressions via bioelectric stimulation and how we can potentially use them to enhance orthodontic movement. That prompted me to investigate the latest concepts in bone biology and tooth movement,” says Marchetto, an orthodontist.

“Our understanding of the processes of tooth movement had been made with a technique called Wilckondontics that involves surgical cuts in the gum and bone with scoring and grafting,” he adds. “This results in improved gum tissue health and has the added benefit of speeding up tooth movement.”

Orthodontic researchers started investigating different ways to achieve these results — less invasively. “We can use the concept of bioelectric stimulation – a specific energized signal that stimulates the release of specific proteins,” Marchetto says.

Marchetto’s research team, led by Dr. Jorge Genovese, MD, PhD, found the “signaling sequence” that was needed to stimulate the proteins that are most responsible for controlling tooth movement. A patent was filed for those specific signals that are used to stimulate the gum and bone of patients who are having their teeth orthodontically moved with braces or aligners to accelerate the process without surgery.

“The literature shows that the surgical process of Wilckodontics results in teeth moving twice as fast, but with the added bioelectric stimulation of the patent-pending protein tooth movement can be up to three times as fast,” Marchetto says. “Patients wear the mouthpiece twice a week for seven to 20 minutes and it can cut down the orthodontic treatment in half to two-thirds of the treatment time.”

The Orthodonticell research lab in Utah discovered the bioelectric signaling sequence for the stabilization protein OPG (a panoramic x-ray) that has been demonstrated in studies to keep teeth straight after they are straightened with less — or no need — for retainers. Orthodonticell has the ultimate one-two punch with up to two-thirds reduction of time to wear braces or aligners and then a stabilization treatment to keep teeth straight. The team is hoping to prove this out definitively with well-designed clinical trials over the next 12 months.

So far the concept has been received with tremendous enthusiasm – from all corners. “Everyone who has seen this is speechless. We had a booth at our national meeting this year and ended up with a parade of top opinion leaders in the orthodontic world wanting to get involved,” Marchetto says.

OrthodontiCell is going through its final phases of manufacturing. In partnership with Mettler, a bioelectric stimulator manufacturer, OrthodontiCell aims to lay the foundation for future DentaCell products.

“There are so many potential applications of this technology,” Marchetto says. “I work with some of the foremost TMJ [trans mandibular joint] experts in the country and studies look good for this technique to potentially solidify bone and alleviate degenerative joint disease. I’m also part of a craniofacial team that works with cleft children. This can be game-changing for all types of issues in the dental field including surgical corrections of cleft lips and palates.”